has accelerated during the last years, thanks of the increase of phosphorus and nitrogen into water bodies, soil and in general, in the environment.

Due of that, harmful cyanobacteria are increasing, forming cyanobacterial bloom in water bodies even in unusual time for their bloom [1]. Not only, but the environment can also be affected by the presence of other toxins coming from the vegetation and the botanical diversity of the area. Plants can contain a wide range of phytochemicals that can explain different pharmacological activities. However, not all the toxins produced have to be connected to negative connotations. In fact, thanks to their extremely wide diversity, plants can also produce toxins that may explain an important role in the control of plague in the environment. Medicinal plants are also extensively used for healthcare in developing countries [2]. Besides, many of these plants contain harmful natural toxins that have been engineered for plague control and anti-parasitic effects. 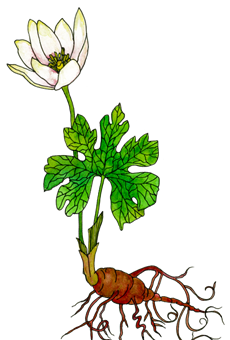 Sanguinarine is an alkaloid. Alkaloids are nitrogen-containing compounds, which may be found as “secondary metabolites” or “natural products” in plants. Sanguinarine is a benzophenanthridine alkaloid, isolated from Bloodroot (Sanguinaria Canadiensis), Corydalis edulis, Chelidonium majus, Macleaya cordata, Poppy fumaria and Bocconia frutescens,[3, 4]. It has several biological activities [5, 6], this is why it has been investigated to be used as a control for plagues[7] and cyanobacteria bloom (HAB) [8].

Plague control; Many efforts have been spent to study the biological effects that can explain sanguinarine against tissues, plagues and organisms.

Huang et al recently reported its anthelmintic activity. The lethal effect of sanguinarine on larvae at different stages was dose-dependent, the 100% effective concentration in vitro was 30ug/L against T. Spiralis. Adults of T. Spiralis had a fatal dose with half of the concentration used for larvae (15 ug/L). The LC50 and LC90 at 24 h were 6.69 μg/L and 12.89 μg/L, respectively [7].

Thanks to that sanguinarine showed a lethal effect on new-born larvae, muscle larvae and adults and focused on the elimination of the adults in vitro. In in vivo experiments, showed effects on mice with different stages of Trichinella infection (pre-adult, migrating, encysted) after sanguinarine inoculation[7]. 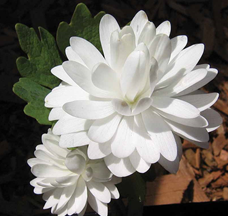 Algal bloom control; Sanguinarine is also known to induce apoptosis, perturb microtubules, and to have antimicrobial effects. Shao et al. showed a strong inhibitory effect of sanguinarine against Microcystis aeruginosa a typical water bloom-forming able to produce dangerous microcystins toxins[9]. As reported, it is strongly time and dose-dependent since the reduction of M. aeruginosa cells were significantly reduced after 5 days of exposition and with increasing chemical concentration 10 μg/L [9]. In other studies, alternatives to reduce blooms in water were tested.

Conclusions
These findings might affect the scientific world since a new compound for the control of plagues and cyano HAB has been discovered. At the time it is important to focus on this new natural chemical that can be used as an alternative to artificial compounds.