Oxalyldiaminopropionic acid (ODAP) is a neurotoxin that causes the neurological syndrome called lathyrism. Can be found in seeds of Lathyrus sativus (grass pea)

L. sativus ia a leguminose plant which can be found in the mediterranen area and some regions of Asia and Africa. The seeds of this plant have a big amount of ODAP, which is toxic for humans and other animals. [1] The aminoacid β-N-Oxalyl-L-α,β-Diaminopropionic acid is an structural analogue of the neurotransmitter glutamate. ODAP causes a motor neuron degenerative disease which results in paralysis of the lower body. There is a degeneration of pyramidal-tract neurons in the spinal cord and in the area of the cortex controlling the legs, due to its resemblance with glutamate. ODAP also causes spastic paralysis of the lower limbs, spinal hyperreflexia and structural changes of skeletal connective tissues. This also results in deformities. [2]

Intoxication nowadays is rare, because it is needed a very frequent consumption (almost exclusive) of grass pea seeds. However, the rate of latyrism has happened historically in times of hunger – when no other aliment was available - such as post-war times or famines. [3] The painting “Gracias a la almorta” by Francisco de Goya represents people suffering from latyrism due to a very high consumption of the seeds after the Spanish independence war (1808-14). 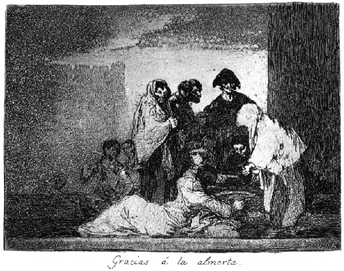 In the region where I am from in Spain, Castilla La Mancha, there is a traditional dish based on flour from those seeds, Gachas manchegas. Human consumption was abolished in Spain in 1967 but the decision was revoked in 2018 by the Spanish Agency for Food Consumption and Safety (AECOSAN) and hence, a rise in its production is expected. 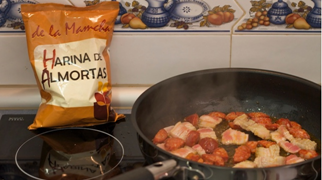 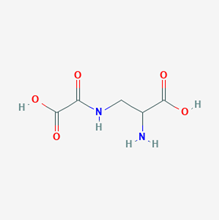