The botulinum toxin is lethal at very low doses, but has diverse medical applications.

Botulinum toxin (BTX), one of the most lethal substances, is produced by the gram-positive bacterium Clostridium botulinum and causes botulism. Spores of C. botulinum are heat-resistant and can be found in various environments, including soil, river and sea water. Under anaerobic, i.e. oxygen-free conditions, spores germinate and grow into bacteria which eventually excrete BTX.

Seven types of BTX (A-G) have been characterized so far, from which types A, B, E and rarely F cause human botulism, while types C, D and E are known to cause illness in other mammals, birds and fish. All BTX types are polypeptides (proteins) with a molecular mass of approximately 149 kDa and a high degree of homology in their amino acid sequence (Figure 1). The enzyme activity of BTX makes this substance so highly toxic by blocking nerve functions and causing respiratory and muscular paralysis. Extrapolated from animal studies, LD50 values for BTX A for humans were estimated to 1.3‑2.1 ng/kg intravenously or intramuscularly, 10‑13 ng/kg when inhaled and 1000 ng/kg orally. Human botulism can result from ingestion, inhalation, intestinal and wound infections as well as other types of intoxication. 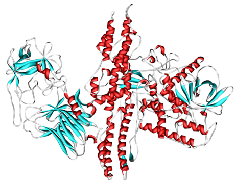 Figure 1: Structure of botulinum toxin A (BTX A).

Foodborne botulism is caused by consumption of contaminated food such as low-acid preserved vegetables, fish and meat products. Symptoms occur usually within 12-36 hours and include fatigue, weakness, vertigo, blurred vision, dry mouth and difficulty in swallowing and speaking, vomiting, diarrhea, constipation and abdominal swelling. From there it can progress to weakness in neck and arms, after which respiratory muscles of the lower body are affected and eventually respiratory failure. Although botulism has a low incidence, the mortality rate is high without prompt diagnosis and appropriate, immediate treatment. Botulism can be fatal in about 5 to 10 % of cases.

Infant botulism can occur in children under six months of age by ingestion of C. botulinum spores which germinate into bacteria that colonize the intestines and release the toxin. Older infants and adults are usually not susceptible due to their ability to naturally counteract bacterial germination and growth in the gut. Symptoms of infant botulinum include constipation, loss of appetite, weakness, altered cry and loss of head control.

Wound botulism is rare and can occur when spores get into an open wound and exhibits symptoms similar to foodborne botulism. It may take two weeks to appear after the initial infection.

Inhalation botulism is also rare and does not occur naturally. More likely, accidental or intentional events such as bioterrorism may result in toxin release in aerosols. Symptoms are similar to foodborne botulism and include muscular paralysis and respiratory failure.

Waterborne botulism is considered to be of low risk due to effective BTX removal during water treatment – the polypeptide structure is easily denatured or degraded. Adults may experience botulism, similar to infants, in case of an altered gut flora, e.g. due to surgery or antibiotic therapy, which may weaken the ability to naturally counteract C. botulinum growth in their intestines. Furthermore, botulism can occur as adverse side effect of the medical or cosmetic application of Botox or other BTX-containing pharmaceutical products. Botox contains purified and heavily diluted BTX A and has various clinical and cosmetic uses. BTX is involved in the management of various medical conditions, including strabismus and focal dystonias, hemifacial spasm and spastic movement disorders. It has also been investigated for its use to treat headaches, hypersalivation, hyperhidrosis and more. Furthermore, BTX may be used as an alternative to surgeries for example for patients with chronic anal fissures. For cosmetic use, BTX is used to correct muscles and facial expression.

Treatment of BTX intoxication includes immediate administration of an antitoxin to effectively reduce the mortality rate. Trivalent (A, B, E) and heptavalent (A-G) BTX antitoxins are available consisting of equine antibodies. A botulism vaccine has been developed, but showed negative side effects and its effectiveness is not yet fully evaluated, which is why it is rarely used.