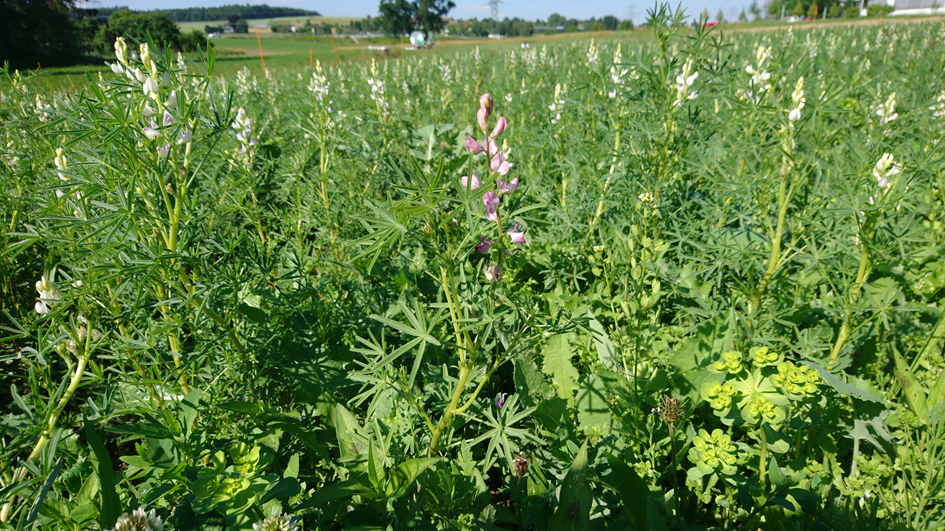 During the last weeks a lot of effort was put into the experimental field at Agroscope to keep the Lupins happy! After a rough start with soil frost over weeks, lupins only grew slowly but are now flowering nicely and also forming first pods. Xiaomeng Liang (ESR2), Jawameer Hama (ESR8) and Daniel Jorgensen (ESR11) are busy monitoring lupin growth, performing routine sampling of plants and soil, waiting for rain events and collecting drainage and surface water samples. This way we hope to not just follow lupin toxin development over the whole season but also their potential emission into waterways.

During two Agroscope internal field days on 13th and 20th June 2019, I was able to present the lupin field study and NaToxAq network to administrative staff, lab and field personnel as well as several scientists that came from all over Switzerland. Staff that usually works on topics concerning Plant Production, Food Safety, Livestock, Economics, Technology and also Environmental Issues were highly interested in the goals of the lupin project but also the idea of NaToxAq in general. Many interesting discussion points came up and there was also some highly valuable input for potential future studies. 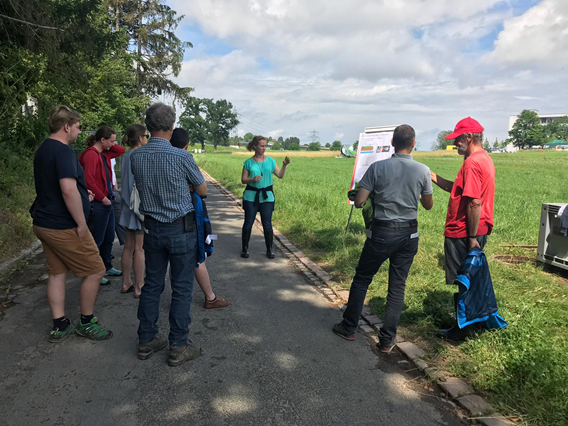