In February 2018, the Department of Environmental Sciences and Analytical Chemistry (ACES) from Stockholm University, hosting institution of ESR 1, had their unit retreat and this time they chose Zürich as their destination!  On the 7th February the encounter between ACES and the Department of Environmental Chemistry (UCHEM) from EAWAG, hosting Institution of ESR 10, took place. The goal was to exchange our scientific life experiences so that both organizations could benefit from each other. 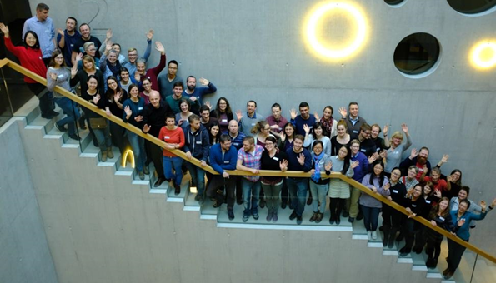 The day started with a warm welcome talk from both Institutions’ Head of Department, where their research activities and organizational structure were introduced. Later on, we were divided in functional groups, such as PhD students, group leaders and post-docs, to discuss about our daily-lives as researchers. Each group had to synthesize a list of improvements that could be applied based on the inputs from their counterparts.

During the day we realized that the life of a PhD student is very similar in Switzerland and Sweden. We face the same challenges and we have the same expectations, but there is always some room for improvement. For instance, ACES PhD students were very fond of the idea of “ämtlis”, which is a list that keeps track of each of us’ responsibilities when it comes to not only laboratory work, but also other duties on the behalf of the department. EAWAG PhD students liked the detailed PhD Plan from ACES, which includes not only their research plan, but also their learning outcomes, which helps the students to reach career goals beyond research.

On the end of the day there was a traditional Swiss get together activity, the “Apéro”, where we network in a nice atmosphere followed by snacks and drinks. EAWAG was cordially invited to visit ACES and this would be a great opportunity to enjoy the traditional Swedish coffee break #Fika!

As for the rest of our time in Zurich, ACES got a chance to enjoy the city, as well as discover its highest point in the Uetliberg mountain.